Having tempted me (a customer since before I was married in 1993) to stay with the phone company after a 2 hour 20 minute web chat, Vodafone then failed to implement the deal it had offered.

Another 47-minute web chat led to Vodafone telephoning my office in a call that lasted more than two hours, yet still the mobile phone company could not honour the deal. Continue reading → 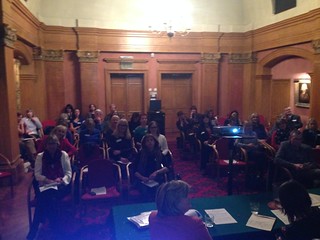 Freelance health journalists should have their own WordPress websites that include photos, images, pictures, audio and video alongside their writing, the Guild of Health Writers heard.

WordPress is a simple-to-use content management system (CMS). It enables freelances to run their own professional-looking website without paying for expensive web design and maintenance. It can costs less than £35 a year. Continue reading → It has been a labour of love. The old DF CMS tells me “You have written 312,078 words on 522 posts.” I’ve written a fair few thousands words for AOL Money too and I have commissioned millions more. I’ve known it was coming to and end, looked forward to it even, but I’m feeling a bit sad too. Continue reading → Accountants Ernst & Young issued a press release today (Sunday) but the named PR, Vicky Conybeer, did not have access to a photo of those quoted in the release because she was not in the office.

Why bother releasing it on Sunday or being the named PR if you can’t help working hacks? Continue reading →

Writing for the web means complying making your website accessible to blind or partially-sighted web users who may be using screen readers.

It is not just that your site may fall foul of the Disability Discrimination Act – if you are providing services to the public – but because there are ethical and logical reasons to do so. Why would you not want as wide an audience to be able to read your website, after all? Continue reading →